The latest episode of Married at First Sight was a little slow for the series. There were not really any dramatic events or stand out moments. For the most part it was insightful and a nice way to continue to set up the season.

Brett, Brett, Brett. What can I say? He does not disappoint in bad behavior. First, he seemed to have issue with the fact that Olivia makes a lot more money than he does. As well as his objection to the idea that she believes she should enjoy life the way she chooses to with her money. She travels a lot, eats out a lot and tries new things. Apparently, this did not sit well with him. This week’s episode saw him  get quite defensive when asked to rate his marriage on a scale of 1 to 10, then proceed to act like a pouting child to Olivia because he was pushed to answer, not by her, but by the others. So of course, it was her fault. Duh! Then he was apparently also upset that he overheard her rate them at a 7 ½. Not sure what score he expected. Heck I was surprised she rated it that high considering his less than stellar performance thus far. She ended up in tears and he did absolutely nothing to stop her leaving the room or at least try to console her in the moment.

These two continue to move along quite well. This week mostly shows them continue to try to get to know each other, discuss their childhoods and even flirt a little. Well, in the ways they know how to flirt. 😊 Its rather endearing to watch honestly. They even took the time to build a fort in their room to tell scary stories and sleep in. Of course, Amelia eventually falls asleep during one of his longer dialogues, to which he promptly wakes her up so he can continue. When she falls asleep again, he does at least let her sleep.

They are both still very awkward when it comes to attempts to communicate with each other. Honestly, I am starting to wonder if production does not like Christina. It almost appears that they purposely show us when she is acting her worse simply because they have had enough of her. At several points when they attempt to ask her a question, she visibly looks annoyed with them, rolls her eyes or gives a death glare. Not to mention snapping at one of them because they called her Christine instead of Christina. Ouch! Henry better make sure he stays on this girl’s good side! They do manage to do some of the activities and mingle with the others, but at this point there is absolutely zero affection of any kind happening between them. That alone is a little concerning regarding what will happen when they leave paradise and get back to reality.

These two. As of now, they are still getting along well. Being incredibly open with each other. Lots of affection and romance. One thing I can say, Woody is definitely putting in the effort to make Amani feel special and important to him. Hopefully, he keeps that up as time goes on, sometimes guys start off that way but then change once they feel they have locked a woman down so to speak. But I have high hopes for them continuing to evolve. One highlight to this week’s episode, was that these two ended up consummating their marriage on the final night of the honeymoon. As a matter of a fact, it seems they are the only ones to do so thus far. And they were just as cute and loving with each other the next morning that it was difficult to watch without smiling in anticipation of what’s to come for them.

You know, this is another couple I have high hopes for. I really like both of them, but again this week Karen confuses me with her thought process. Miles felt it was time to be really open with some things that she should know, as his wife. He confided that he has been diagnosed with clinical depression that requires he be on medication. She takes this as him not necessarily being the type of strong man she wanted. The problem I have with that analogy is simple. We have made black men feel they should be hard so much that any sign of emotion is treated as a weakness. Because of that, a lot of them hold a lot in, which is not good for either party in the long run. I admire the fact that he knew he had a problem and he did something about it. He did something to take care of his mental well-being which takes strength sometimes. But this is only the honeymoons, hopefully once they get home and really get to know each other she will see how great they are as a couple. 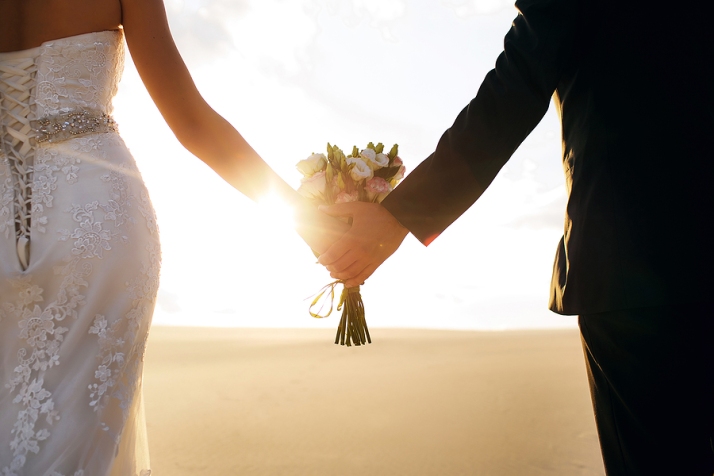 Back by popular demand, I will start including my reality TV reviews to the blog since they are so popular on the podcast. First up, Married at First Sight. If you are not familiar with the show, a quick google search will get you up to speed. The basic premise involves letting a group of experts choose a spouse for you that you will not meet until you get to the alter. This season is being done in New Orleans and will include some episodes that were filmed in the pandemic. That should be interesting. Imagine being married to a stranger and on top of that having to be quarantined with said stranger!

Since I am adding them to the blog after a couple of episodes have already aired, the couples have already been matched, married and are now on their honeymoons. So, let’s just jump right in, shall we?

My initial impressions of Brett were not favorable, of course it could be editing on the shows part. But he came off as someone who was not going to take this process seriously, likes to date a plethora of women at one time and even did some flirting at his bachelor party. On the honeymoon he does seem to at least be trying to get to know Olivia and spend time with her. So hopefully he proves me wrong in the long run. I doubt it, but here’s hoping. Olivia does admit on this episode that she never really saw herself as a parent, which seems to be a red flag for Brett. He does seem to have a pretty big family so that may prove to be an issue later on.

Let’s be honest, they are a fan favorite for a lot of people. They have cute, quirky personalities and seem to be a really good fit so far. Initially, I was not sold on the pairing. It felt like they were only being matched because they were a little different from the norm. But so far, they seem to be really getting along and opening up to each other. On tonight’s episode they discuss everything from their childhoods to her potential need to move for work. And I admit it was super cute that they were sharing food and playing board games. Not to mention, his little confession to the producers that he has a crush on his new wife.

Lord where do I start? At some point Henry has indicated how shy he is, how he avoids putting himself out there and never really tries anything adventurous. On the other hand, you have Christina who tries everything and really likes to get out there and live life, trying new things, traveling etc. Initially during the wedding, she did irk my nerves with her rude bitchy behavior to everyone, but perhaps she was just super nervous and that was her way of getting through it, who knows. This honeymoon is a disaster for them so far. First, he rarely talks. I really hope all the awkward silences are just productions attempts at drama, I really do. Christina talked him into boat rides, mud baths, sight-seeing and the equivalent of jumping on a trampoline – all of which was out of his comfort zone. He did at least try all of it, but it just seemed awkward and forced between them, especially when everyone else was discussing how much they have learned about each other.

This is the first season I have watched where two best friends are doing the experiment together. Woody and Miles are best friends who were both matched and seem to really be doing well. Woody and Armani seem to be really vibing, lots of conversation, affection and quality time including taking platonic showers together. Armani has made it clear she wants to take things slowly as far as sex goes and he is letting her set the pace without trying to push the issue, which I really admire. He does admit sex normally happens pretty quickly in his normal dating, but he is willing to do things differently since now we are talking about his marriage and his wife.

Karen and Miles got off to a bit of a rocky start. She inadvertently found out his name in advance and did a little social media stalking as we women sometimes do. Based on his posts and videos she decided he was not her type and almost did not go through with the marriage. Luckily, she took the leap because they look like they might be able to make something out of this. Of course, based on her pass treatment by her ex, (he had a baby with someone else while they were together) she may have some walls up that he will need to knock down. Not to mention, the fact that he is slightly younger than her seems to be an issue she must deal with. Him making jokes about her being a cougar certainly is not helping! But I do have high hopes for them. And honestly, I think it will be super nice to have both his marriage and his best friends work out well so they can have cute double dates, vacations and family get together’s.

How often do you really take time to self-reflect and figure out who you really are and what you really want out of this life? We all do those mirror checks where we critique the outside and find all our perceived flaws, but what about the inside? Who we thought we were or what we thought we wanted changes overtime, as we age, gain experience and go through life’s ups and downs.

I am pushing 50 sooner than I would like, and my body aches remind me at every opportunity. However, so many people tell me that by the time you do get to 50 you really know yourself and the opinions of other people just do not matter as much. Hopefully, that is true. To help that along, I have taken to meditating a lot, practicing beginners’ yoga and leaning into manifestation more than ever before. My goal right now is to really listen to my inner voice more, learn what I want and stop leaning towards what everyone else wants more than my own needs. As women, we tend to do that more often than we should.

What we wanted and who we were in our young adulthood may have drastically changed over time, I know I have. The super shy, insecure girl is still there inside, but now she has so much life experience that she has evolved into several shades of her former self. Being in tune with those changes will help guide me on the right path for my future.

Today I challenge you to just take some time, despite your crazy schedule, and just look inside. Start assessing who the woman you are today is and what you want out of this crazy thing called life. 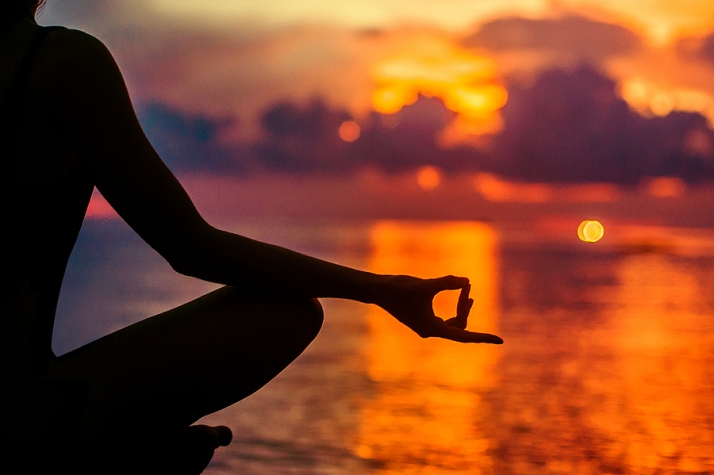